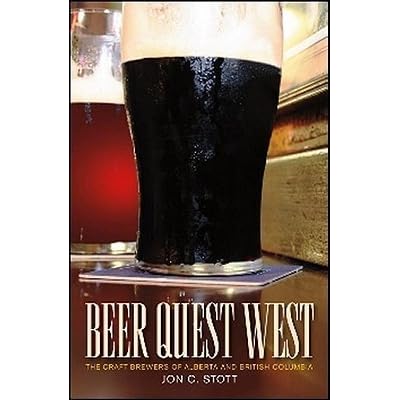 Nelson is home to the Nelson Brewing Company. This organic brewery has been brewing delicious craft beer since in the same location. The building was actually built as a brewery back in and the basement level brewery in an otherwise very hot location makes for a perfect fit and temperature controlled setting. In recent years Nelson has shifted focus away from their standard bottled six packs to concentrate on bombers and canned options.

The Nelson Brewing Company does not have a tasting room on site but their beer can be found pretty much everywhere in Nelson and across the province. Wherever you are, Nelson beer is likely not far away! Opening in July, Rossland is the home of the newest nano-brewery in BC. Launching With a Pale Ale and an IPA local demand will likely make it difficult to keep both in stock but with some hard work and determination this team is looking to start bottling soon and share their beer with the rest of the province.

Uniquely, the Rossland Beer Company has their tasting room situated well above the brewery in a gallery-like scenario. While you sip your Pale Ale among friends you can watch below while your new favourite beer is brewed.


This is definitely a highlight along the trip with delicious beer, great people and another beautiful location for a BC craft brewery! From Rossland, heading west you enter the better known reaches of the Okanagan and with that comes bigger skies, more nature and the continued beauty of British Columbia. After driving through Grand Forks and through the numerous provincial and regional parks you will eventually descend through the switchbacks into the town of Osoyoos. This marks the entrance into the Okanagan Valley and the next stage of brewery visits.

Passing through Osoyoos, the small town of Oliver comes up shortly. Dubbed as the Wine Capital of Canada there is a small brewery that is trying to change this one dimensional view on things.

The Firehall Brewery is situated on the main drag through Oliver beneath a tied-house restaurant. This old firehall building is home to the Firehall Bistro and Brewery where you can enjoy it all! North of Oliver is the summer resort town of Penticton. Home to three breweries and a plethora of wineries in the area Penticton is a hotbed of activity around craft of all sorts. The first stop in Penticton is the longstanding Cannery Brewing Company. Known for longtime favourite brews such as the Naramata Nut Brown, Wildfire IPA and Blackberry Porter Cannery does a fantastic job of integrating locally inspired flavours into their craft beer.

More recently the Artisan Creation series has brought new lift to the brewery starting off with the award winning Baltic Porter and the Red Dawn Saison. With Summer in full swing and the beaches packed with thirsty beer drinkers Cannery is running at full capacity just to keep up with the insane demand.

Just down the street from Cannery is the Tin Whistle Brewery. Also focussing on locally inspired flavour this is where you can find beers with flavours consisting of Peach, Apple, Strawberries and other fruits grown in the surrounding area. Last up on the Penticton Brewery crawl is Bad Tattoo. Opening up at the beginning of July this year, Bad Tattoo is off to a great start with their brewpub style setup.

Focussing the food on Pizza, a combination of traditional and innovative flavours make up the menu along side a tap-list sitting 4 beers wide. The Bad Tattoo Brewing Company has packed seating out on the patio being only a few blocks from the beach. The beer is currently only available on location in Penticton but keep an eye out as bottling is imminent and canning should follow shortly afterwards.


On a road-trip of this scale it is important to end on a high note. Stretching north of Penticton to the Summer favourite city of Kelowna you will find the Tree Brewing Company doing its best to satisfy the thirst of more than , locals plus the thousands of tourists passing through town daily. Tree Brewing is one of the largest craft breweries in British Columbia but their modest demeanour keeps the brand grounded and focussed on the beer. Nestled hidden behind the packed tasting room lies an impressive line of fermentors giving Tree the capacity to fuel tap lines if 5 different provinces and a territory.

Following another highlight stop on this BC craft beer adventure the relatively short drive back to North Vancouver gave time to reminisce on the amazing place that we call home. The craft beer industry is about more than just making quality beer.

It is a dedication to quality, artisan and locally crafted products. Ellen Goldstein. Tim Webb.