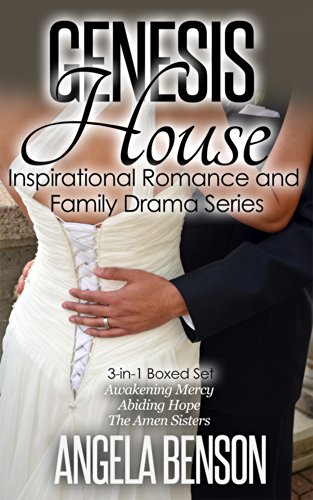 
We didn't want a "cute" or soap-opera-type coma; we wanted to do real coma-- scary coma--and dish that up to our kid audience. Why not? They're only one skateboard-accident away from the same situation, after all. It appeared now that this vision was not flying with the network--anyway, not with David Pears. The next push of rewriting would involve mainly our upworld stories. After the meeting, Warren and I felt a bit depressed about Pears's assault on our upworld, but agreed that it could have been worse--an assault on the downworld story.

After all, when a new executive comes in, they have to make their mark somehow. It seemed the core of the show was being left intact. Pears's enthusiasm for the show idea seemed genuine, and I believed that he saw it as a show that could and would get produced. So it would be worth the extra effort. He had not come to kill it. Another thing: when I met Pears before the meeting, I immediately recognized him as the figure described to me by the psychic Sarah Scott Simonson : short, egotistical, powerful.

We would have to watch out for him.

Not that there was a lot we could do, besides say, "yes sir, yes sir, three bags full The upshot for Warren and me of our meeting with CBC's head of programming Ivan Fecan was that we had to do more work on our would-be series, The Jellybean Odyssey, before he would give us the go-ahead to produce the pilot episode. I don't remember exactly what that extra work was, but I believe it may have been at this time that scripts for the next two episodes were commissioned, and no doubt we had to beef up the other episode ideas further and flesh out the proto-series-bible.

Scripts are cheap; the network wanted more security in the project before actually causing film to be shot. As Phil Keatley, the executive heading up CBC Vancouver's drama department, expressed it after one of our meetings there: "This show, if it goes ahead, is going to cost something upward of a quarter-million dollars an episode.


They're going to say yes slowly. There was hope that we could turn the work around quickly and get the pilot into production for the summer, when the good filming weather would be here. But within a couple of weeks of the meeting, I fell sick. At first I thought it was simply a cold, but I acquired a high fever that I couldn't control, and was diagnosed with pneumonia.

I spent most of February lying on my sofa, reading, drawing the snow piled high on my back balcony, watching TV, and climbing slowly and weakly up to bed each night.


This was a setback. But I don't know whether it was a decisive setback in the sense of apparently killing any sense of urgency in the network to develop our series.

However, for that reason or some other, this is what appeared to happen. Warren and I came to understand more exactly what Hart Hanson, our story editor, had meant early on when he referred to "development hell". I'm trying to think of how I would define and characterize development hell. First of all, development hell is experienced primarily by writers, and secondarily by producers.

The hellishness consists in doing seemingly endless revisions of existing material--long past the point when you've cashed your last check for writing it--and waiting long, long times for feedback from the network, all with no guarantee that the project will ever, in the end, actually be picked up. With no production date even tentatively in mind, the senior network executives, who are all earning six-figure salaries in any case, can let the project float along while they mainly attend to more pressing concerns. Warren and I met here at my house to work.

Often we would walk down the hill to have lunch at Fran's Cafe--a cheap Japanese-Canadian diner near the foot of Lonsdale Avenue that we dubbed the Development Diner: where writers in development could afford to eat. Neither of us had a real job--at least I didn't--although I did have two mortgages plus a personal loan to finance the purchase of my house three years earlier. Money started growing tight, and Warren and I were driven to borrowing money--that is, getting "advances" against future work--from our producer Michael in order to keep going.

He had a sideline of selling real estate. Spring passed. The long days and beautiful filming weather started to fade, still with no breath of confirmation from the CBC about whether they would be wanting our show or not. The writers tightened their belts and looked ahead to another winter. She lived nearby in Lynnmour, so I rode the new cheap bike I had just bought down the long hill to her townhouse.

Sarah was a very pleasant, ordinary-seeming middle-aged woman who just happened to have psychic abilities. Kimmie had consulted her during a psychic fair held on the PNE grounds, and was impressed with her. I thought, what the heck--I wonder about my future too. In her little consulting-room I asked her about my TV show: would it get made?

It will be successful. Someone's going to come along who will help it get done. He'll be shorter--a powerful person. Very direct. He'll help you, but be careful of him. There's ego there--and envy for what you're doing. Just be careful. Labels: career , development of the writer , my life history , odyssey odyssey , television , The Odyssey. The s arrived, and with them my 31st birthday. Later in January he was planning to make a trip west to visit CBC's "regional" offices, including Vancouver. Meanwhile, via Michael Chechik, our producer, we heard an early glimmering of Fecan's response to our show: it lacked "allegory".

A meeting was set up so that we on The Jellybean Odyssey team could get direct feedback from Fecan while he was visiting Vancouver. I put on a jacket and tie, packed the script, proto-series-bible, and episode ideas into my attache case, and joined the other commuters driving over town to work--a most unfamiliar experience to me, who had not had to commute to a workplace since I'd moved to North Vancouver in The meeting was set not in a conference-room, but in a "green room"--a lounge used by performers before going on to a soundstage.

There was fairly elaborate security to get inside the brutal concrete mass of the Crown Corporate building bomb threats due to their programming, possibly. I made it to the room, along with Warren, Michael, Hart Hanson, and I believe Phil Keatley still the head of drama development in Vancouver at the time--help me out Warren if you remember differently. In came Angela Bruce, CBC's head of children's programming, tall, English, with pearl-colored hair and a cane, with her boss Ivan Fecan, a relaxed man, just a few years older than Warren and me, who had acquired quasi- Wunderkind status for having worked in L.

We all shook hands, Fecan dropped onto one of the modernistic foam seats, and we got going.

The Unseen Student Victims of the “Varsity Blues” College-Admissions Scandal

But as I read the script, I found myself wondering, what's the allegory here? What's its relevance? What is its sociological mission? Sitting beside Michael, I could sense his mouth working a couple of times, but nothing coming out. I realized that if anyone was to rise to this challenge, it should be the show's creators. I sensed that here was the crisis--the crunch. Again it was I who broke the silence.

I had no idea what I was going to say. Here we have a kid going into the depths of his mind, and finding a world of adventure there. He can see his relationships there in a new way: his friends, his family, his missing father--relationships that everyone has, but doesn't have this chance to kind of explore this way My basic thrust was that the vision for the show was not "sociological"--outward, but "psychological", inward, and that this "inward" is just as universal as the the "outward".

But more than that I just wanted to respond: to return the volley and stick up for the show as being meaningful and important. With the ice thus broken, other people chimed in with their views--Angela, Hart--that the show did indeed have the characteristics that Fecan was looking for. I recall Hart sitting with a sheaf of papers on his lap, lifting through them theatrically, and saying sotto voce, "It's there--it's there already!

I don't want a show that's just a bunch of kids running around doing stuff. I think we need to see another draft of this. In the doorway, he turned to look me in the eye, and said with a smile, "You look like a deer caught in the headlights.

At that moment I became sure we had a series. He was close to Warren and me in age, but much more active and successful in his writing career. Enthusiastic and boyish in his high-topped sneakers, Hart, I thought, should be played by Dana Carvey in the movie version of our project. In our first stab, we figured we'd save the best for last and only show Jay's new life in the dreamworld in act 3 we had decided to write our half-hour in three acts--that is, with two commercial breaks--rather than in the two acts more common with a half-hour TV show.

Our structure was, basically: act 1, Jay bonks his head; act 2, doctors try to save Jay's life while his mom and friends worry; act 3, we discover that Jay is not as unconscious as he seems--but is in fact alive and on a new adventure My recollection is that we presented this story structure in the outline for the episode, which was approved, but when we actually wrote the script from it, Hart felt it didn't work. This was an important early lesson: just because your outline is approved, doesn't mean your story has made it.

Hart, a writer, was well aware of what a problem he was setting us. In order to show Jay arriving in the "downworld" in act 2, we would have to have a whole new downworld story worked out--the bulk of our pilot episode. Act 2 would be more of an intercut story between the efforts to treat Jay in the "upworld", and his new and confusing adventure in the downworld.

We had to find a way to stuff more story into our downworld in this pilot. In fact, it proved to be not too hard. In our first draft, we had already conceived the idea of showing Jay in his new environment, in the clutches of a boy-gang who were in fact a transformed version of the tree-fort gang that had stolen his telescope in the upworld. They look different down here, and Jay doesn't remember where he's come from.

But now they have him captive, and in fact are going to put him through an initiation that involves dropping him from a Mad Max-style contraption, consisting of a modified shopping-cart, into a swimming-pool.

Jay has his first moment of recognition of something when he notices that the gang leader, Flash, clutches the telescope that belongs to his father. We realized that we didn't have to junk this idea, which we liked. We just had to show how Jay gets into this predicament.